As the winter milky way begins to set in the west, the spring time constellations bring views into the deeper universe, much more distant than the local open clusters and nebulosity of winter skies. Last night was particularly clear and offered an opportunity to visit Leo and Virgo to see some of the brighter galactic neighbors and also something much more distant. Here are some of the images taken with the 0.7m telescope, including shots of the most distant objects we have imaged to date. To view these images well, you might elect to reduce your room lighting and adjust your monitor to see fainter shades. All the images are monochrome luminance shots. No color this time. 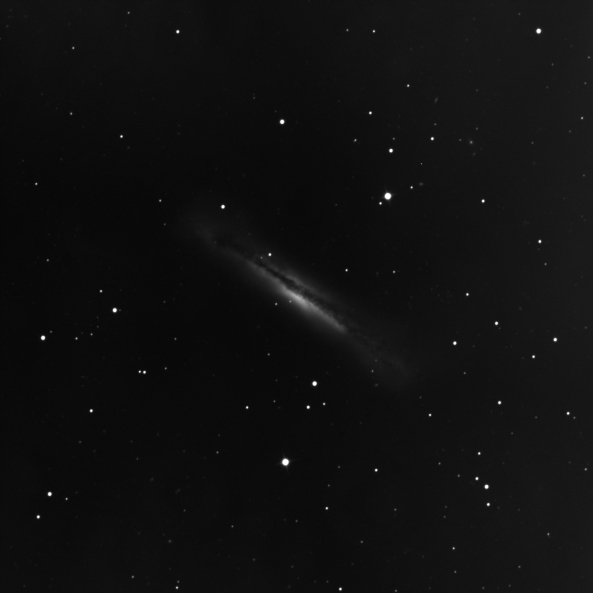 NGC 3628, an edge on spiral galaxy in Leo about 3 million light-years away. 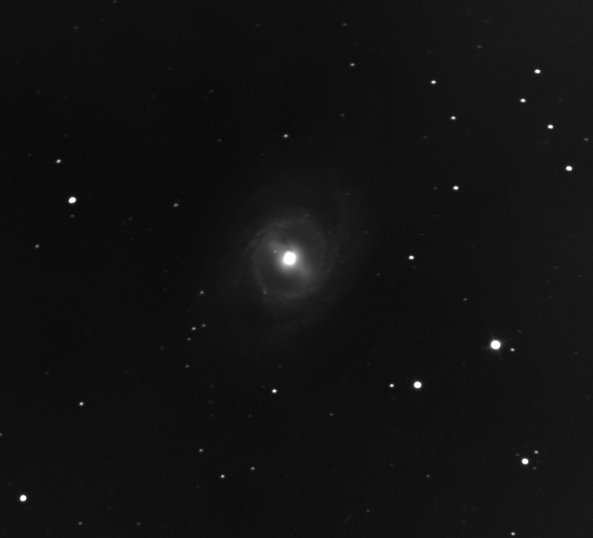 Barred spiral galaxy M-95. This is about 33 million light-years away and was discovered by Pierre Méchain in 1781.

M-96, a spiral galaxy in Leo some 31 million light-years away. 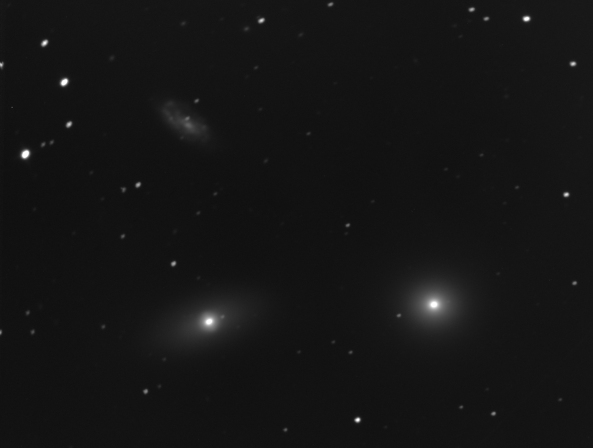 What follows is a two-image focus on Messier 87, a large elliptical galaxy in Virgo. This one has been in the news quite a bit for the recent work done with the Event Horizon Telescope to image the region immediately surrounding M-87’s central supermassive black hole. This black hole also is the cause for a large apparent superluminal jet (relativistic jet) of material being ejected from the galaxy at very high speeds. The first image is a wide field view. There are many other galaxies in the image, all part of the Virgo Cluster of galaxies. The second image is a close-up of M-87 showing the relativistic jet radiating out to the lower right of the galaxy’s core.

Would you enjoy an annotated edition of the M-87 Region? Here it is!  As many galaxies as could be ID’ed have been labeled. 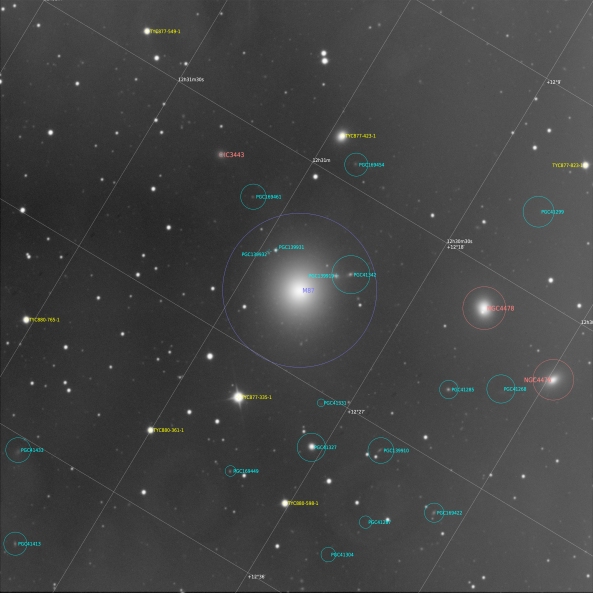 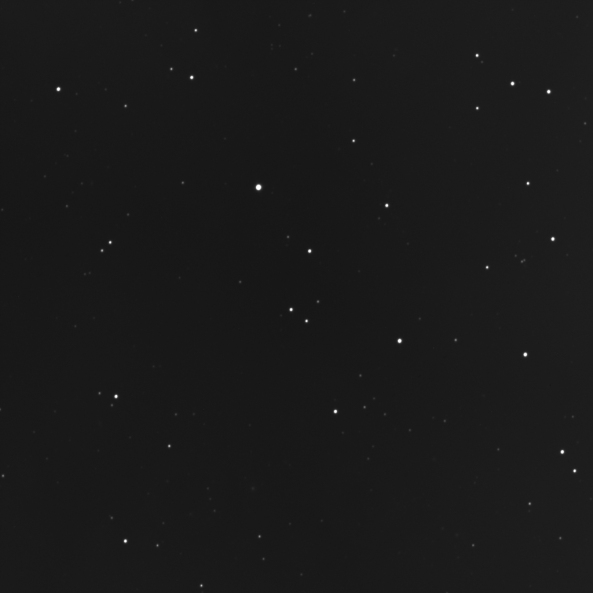 3C_273 (star like object left-most of the central triangle of objects): one of the brighter nearby quasars in Virgo, this object holds the record for most distant object yet seen by the 0.7m telescope. It resides some 2.4 billion light years! As it is so luminous, it is not a difficult object to image, even with small telescopes, but is it fun to note that we are seeing such ancient light from the immediate surroundings of a black hole 2.4 billion light-years away!Can’t find it? Here it is again with markers: 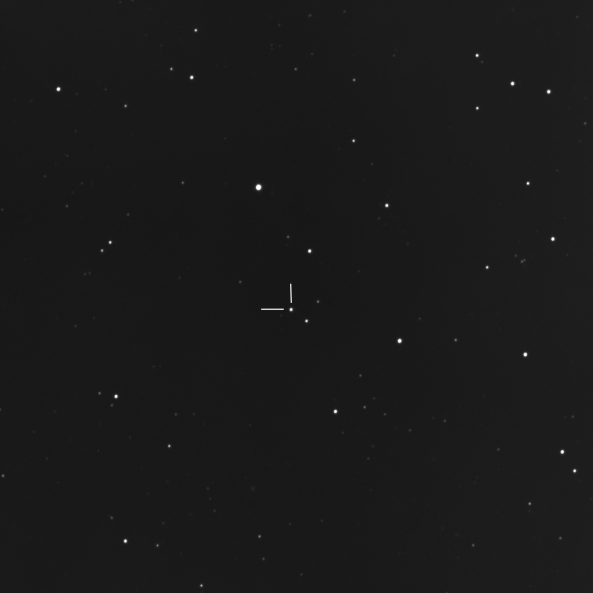